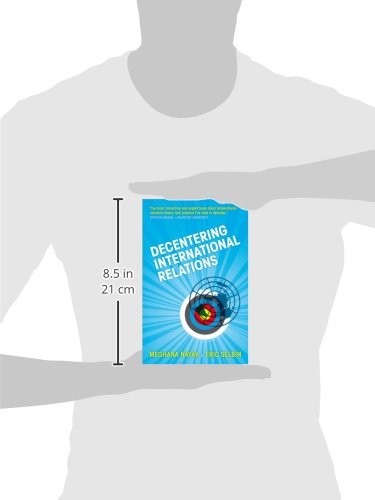 We are articulating the thorny recognition that IR, as we practice, teach, learn, and fund it, is more likely to reinforce domination than to encourage discussion and dissent; despite our very real desires, this is the case no matter how good anyone's intentions are a point to which we will return. What kind of way is this to think about, to 'do,' IR? And, what can and should we do about it?

As two professors of political science located in the US, we have found that it is often difficult to teach, learn, and speak about IR in any other way. We return to our offices after class, wondering whether we offered adequate challenges to, and rethinking of, the usual ways of doing IR.

Fundamentally, we want to make three points which frame our response.

First, we wish to recognize the narrative s that have dominated and hence disciplined the field of IR. In other words, we examine the 'story of IR.

Second, the notion of decentering is more than simply a matter of semantics or an abstract game, more than an opposition to or the flip side of centering. A centered IR erases how we got here, and privileges sovereignty, hierarchy, and certain kinds of power over intersubjectivity, agency, identity, engagement, responsibility, and accountability Agathangelou and Ling, Third, we articulate a set of questions we believe are or should be critical for decentering IR's narratives. We explore what it means for us, as the authors, to join conversations 'at the margins' of IR. In effect, to decenter IR is to start with the possibility of a world that operates and is shaped in ways that are fundamentally different from what we 'know.

Critical IR theories, varied as they may be, generally challenge the world as 'given,' thus tracing and revealing power structures that are accepted as natural and inevitable.

A significant number of critical IR scholars have argued that IR perpetuates and legitimizes particular 'stories' or narratives, so what follows might be familiar to you. In story of IR as it is told, the fifteenth century heralded the advent of the 'Age of Discovery' or 'Exploration' , when 'the Europeans' hardly, it merits note, a monolithic crowd began to set out principally by water for more distant lands. Generously, as the story unfolds, in return for little more than raw materials and some traded goods, these Christian Europeans brought civilization to the benighted in the disordered, and hence discordant, morass.

The world beyond sometimes just outside, such as Russia, or even within, as with Ireland Europe's still ill-defined borders cried out, the Europeans believed, for the order and rigor they, with the best interests of all human beings at heart, could provide. In this era, states were still in formation, and territorial sovereignty as an organizing principle partly aimed to deal with religious differences and to prevent the intervention of the Pope, Holy Roman Emperor, and various others into the emerging state's internal affairs. But from early on sovereignty and the modern state system were also deployed to mark a difference from and to discipline and control the colonized world Anghie, Whatever violence, atrocities, or oppression occurred during colonialism receive no mention in the story, or pale in comparison to the achievements of industrialization and civilization.

As Krishna reveals in his examination of encounters between Europe and Africa, Spain and Mexico, and Great Britain and India, IR discourse misrepresents, simplifies, and deeply distorts the importance of these dramatically lopsided interactions. As the story continues, it marks the twentieth century, however specified, by a number of great calamities and innumerable tragedies produced by human actions. Eventually a US protagonist emerged, having 'matured' during its experiences in World War Two, ready to take on Great Britain's abandoned role of hegemon — abandoned, it is worth noting, after defeat and rejection.

This 'great' war apparently deeply shaped the world we live in and profoundly framed and ineluctably structured the rise of a field of study known as International Relations.

As decolonization increased the number of sovereign states, the US and its mainly European allies increasingly created and institutionalized regimes of 'global governance,' so as to manage the conflict with and within the so-called developing world. Of course, not all countries and regions decolonized in the same way or at the same pace — we may compare, for example, South America and South Asia, or question whether indigenous peoples experienced decolonization. The post-Soviet and southeastern European states that gained independence in the s present a further challenge, having had different experiences from each other, from decolonized countries, and in relationship to Russia.

The story lets some of us — and only some of us — be storytellers of this story or close iterations and come up with ways to help the rest of the world 'catch up,' even though 'we' know that it really cannot and will not. For too long, this story has bluntly or subtly driven our understanding of 'international,' of 'relations,' and of what constitutes legitimate knowledge worthy of our attention. Others qualify as 'innocent' children, wards, or servants at best, or 'unteachable' barbarians at worst.

All events will be recorded for a soundcloud track and a blurb published for each talk on Alusta!

Session 2 - International Relations Theory: Views from Beyond the West - The New School 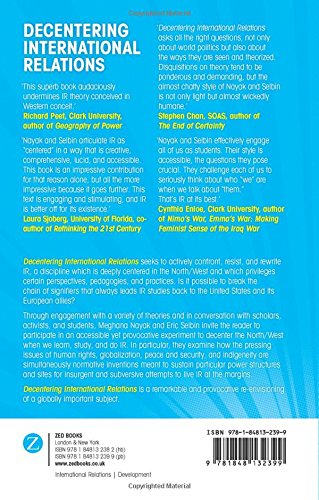 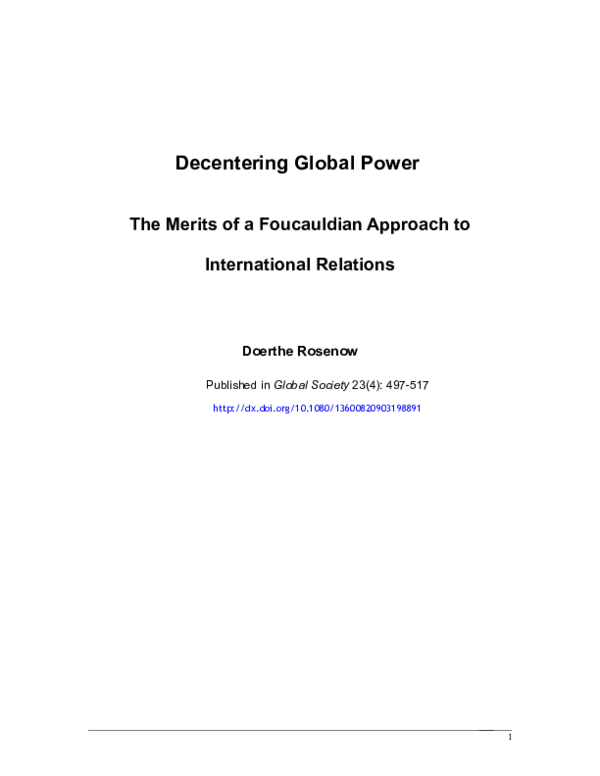 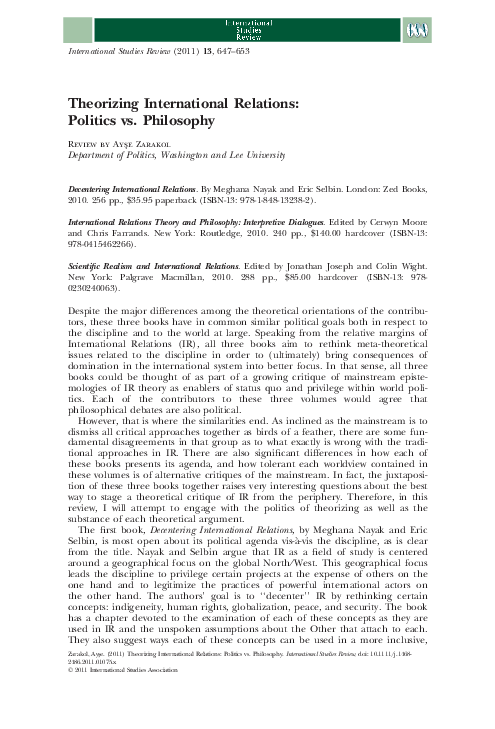